Debt Avalanche Method Defined and How it Can Work For You

If you’re facing a mountain of debt, you might welcome an avalanche to bring it all down. You’ve likely heard of the “Snowball Method” of debt repayment — but have you heard about the “Avalanche Method”?

Here’s how the avalanche method works:

You start by listing all your debts, including what you owe and the interest rate attached to each one. Then you put them in order, from the debt with the highest interest rate to the one with the lowest interest rate. Next, you set a minimum payment schedule on all your debts — except the one with the highest interest. For that debt, you apply the minimum payment, plus any and all additional money you can squeeze from your budget. You then proceed to pay at least that much to your highest-interest debt until it’s erased.

Once that debt is gone, you take the money you were paying to it, add it to the minimum payment you were paying on the debt with the second-highest interest rate and hit that debt hard until it’s paid off. You continue in this way until all of your debts are clear. You can see that with each debt the amount you pay each month will grow until, when you’re tackling the last debt, you have an “avalanche” of money you’re throwing to take down your mountain of debt.

For example, take a look at this sample debt scenario:

In this scenario, you’d tackle the credit card with the $4,500 balance first because it carries the highest interest rate. This is despite owing more on other lines of credit. Mathematically, this method would save you the most money, as opposed to the debt snowball system. When you’re focused on paying down the principle on your debts with the highest interest rates first, that amounts to less interest paid overall, which means your balances will head south quicker.

Avalanche vs. Snowball
You may be thinking that this tactic sounds similar to the debt snowball method — and you’re absolutely right!

The two processes are very similar, but there’s one key difference: With the snowball method, you pay off your smallest debts first according to what you owe — regardless of the interest rate — and you pay them off smallest to largest (if you were using the Snowball Method in the example we looked at above, you’d pay Credit Card #2 first as it has the smallest balance). 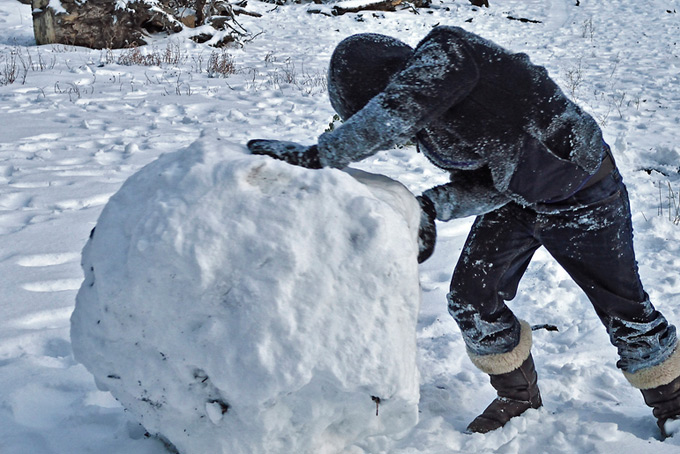 When you opt for the avalanche method, though, you start with the debt that has the highest interest rate, which may or may not be your largest debt. The idea is that, by going after the high-interest debt first, you’ll save hundreds of dollars in interest.

It’s important to keep in mind that, while this method does save you money in the long run, it’s not as immediately satisfying (it’ll take longer to pay off $4,000 than it will to pay $800). But if you’re prepared to practice patience, the Debt Avalanche can be a useful tool in the fight against your mountain of debt.

Adding to the Avalanche
Looking for some extra cash to make your debt avalanche more powerful? Now’s the time to take stock of your financial situation and look for ways to free up some extra cash (the more money you can pay to your highest-interest debt, the faster you can move on to the next one).

Here are a few things to try:

Buried in a landslide of debt? If you think you need professional assistance to get it handled, the team at American Credit Foundation can help.

Go ahead and pay it now! The sooner the better. I want to be done!

Thanks for all your help. You’ve been wonderful to work with. I am so STOKED to finally be out from under this. I couldn’t have done it without you. My credit score has already increased over 40 points.